Karate Combat is a company that is the first one to organize fully professional and full contact karate competitions. Karate Combat is a private company. Its headquarters are in New York. Karate Combat is run by the CEO’s Michael DePietro and Robert Bryan. This company organizes events on a worldwide platform. Fighters of any Karate style like Shotokan, Budokan, Shito Ryu, Goju Ryu, etc can fight in this organization. Karate Combat organizes seasonal championships in which the winner is awarded a Golden Belt. Contestants from different countries participate in the championship. 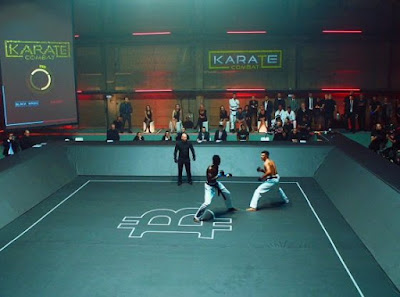 The Karate Combat was formed to promote Karate as a Sport and Martial Art. Bas Rutten, former UFC Heavyweight Champion hosts the Karate Combat events with Special Guests. The Rights for Karate Combat was acquired by beIN SPORTS in 2020. There are both male and female karatekas from a roster of over 100 professional fighters. Karate Combat takes place in a square pit. The match consists of 3 rounds each of 3 minutes. The match may consist of 5 rounds for the championship fights. There is a ten-point must system that is based on aggression and the effectiveness of attacks. There are three judges who evaluate the scoring card. Usually, in karate, the knockout is not allowed by in Karate Combat the fighter can win by Knockout. The scorecard will be omitted in the case of knockout. Wrestling, submissions, knees, elbows, and uppercuts are not allowed. The apparel consists of gloves, mouthpiece, karate belts, karate trousers. Karate Combat has its official website karate.com. Its quote is “Karate Combat is the future of Combat Sports”. The Karate Combat is the Ultimate Fighting Championship of Karate.

The 4 Main Styles of Karate