Karate is a Japanese martial arts style that originated 200 years ago in the kingdom of Ryukyu. However, its roots back thousands of years. Karate was influenced by the Chinese martial arts Kung Fu when the Japanese samurai rulers imposed a ban on the weapons. The founder of Shotokan Karate, Gichin Funakoshi is credited for introducing and establishing karate in Japan. Gichin Funakoshi was a student of both Asato Ankō and Itosu Ankō who had worked to introduce karate to the Okinawa region in Japan. Due to the spread of karate in Japan, it annexed Okinawa islands from the US administrative control in 1872. Karate consists of Kihon, Kata, and Kumite. 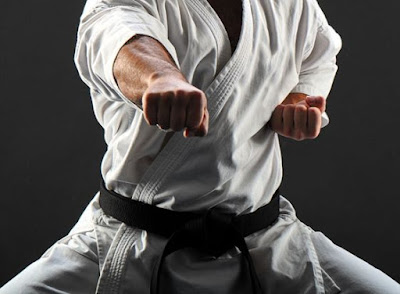 Kihon is known for the basics of karate which include punches, blocks, elbows, chops, kicks, knees, stance, etc. Kihon is very important for any karateka which is used in Kata and Kumite. He or She must be perfect in Kihon to succeed in Karate. 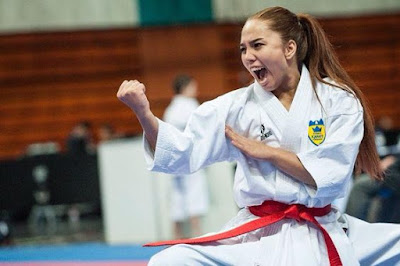 Kata is a formalized sequence of movements of offense and defense. These movements are based on the visualization of a fight. These movements when performed with a real person for demonstration is known as Bunkai. Bunkai is used to understand every movement of a kata. Kumite also is known as sparring is practiced as a sport and for self defense. 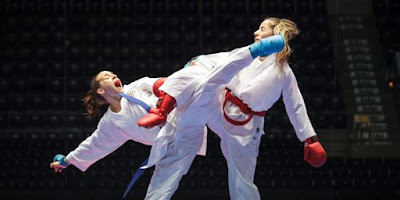 Kumite was not part of karate training in Pre World War 2. Shigeru Egami relates that, in 1940, some students were rusticated from the karate school when they started sparring after learning karate from Tokyo. There are many styles of karate which are Shotokan, Goju-Ryu, Budokan, Uechi-Ryu, Wado-Ryu, Shorin-Ryu, Kyokushin, Shito-Ryu, Ashihara, Chito-Ryu, Enshin, Kishimoto-di. The World Karate Federation (WKF) is the global organization of karate sports. Karate is now an Olympic Game. Karate became world-famous due to Bruce Lee, Jackie Chan, And the movie The Karate Kid

Why Did Khabib Nurmagomedov Retire?