There are various types of martial arts around the world and the martial arts are mainly categorized as striking or grappling. The examples of striking martial arts are boxing, Muay Thai, karate, Krav Maga, taekwondo, kickboxing, and others. The examples of grappling martial arts are jiu-jitsu, judo, wrestling, sambo, and others. Mixed Martial Arts (MMA) is a sport that incorporates both striking and grappling. Many people wonder which is better. The question of which is better striking or grappling for self-defense sparks debate. In a street fight, both striking and grappling can be effective. Using grappling in self-defense might not be fast. But striking can be fast and very effective. You need to be very careful when striking, as you don’t want to end up in a judicial review. I suggest you use Aikido or Krav Maga for self-defense or street fight as you can easily pin down the attacker. Martial arts like Aikido and Krav Maga have techniques that you can use to inflict serious damage on an opponent without making them bleed.

When it comes to combat sports it’s pretty hard to determine which is better striking or grappling. Grappling is also useful. Many UFC champions are great grapplers. Grappling or striking in a combat sport depends on the situation and the odds. The fighter can knock the opponent out in the first round or he can use grappling for a long time and then knock the opponent out. The fighter lands punches first and then uses grappling and attempts the submission. Both striking and grappling are difficult to learn, but one can excel at both. Practice makes a man perfect.

What is your opinion about Which Is Better Striking Or Grappling. Check out Bollywood Actors Who Know Martial Arts & Importance Of Iron

Can You Learn Martial Arts Online? 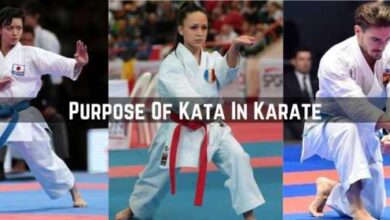